This event is the only global forum aimed specifically at Records Management and Archive management professionals working within the life sciences and healthcare sectors and a great opportunity to network with like-minded industry colleagues.

The conference will comprise fully interactive workshops presentations, debates, and round table sessions on regulatory requirements and updates, best practices, sector trends, technology developments, and innovations in the field of records and archive management. 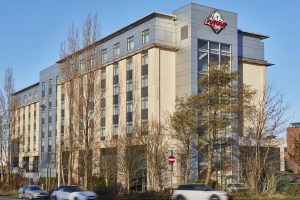 Delegates will learn how to best to tackle the challenges of ensuring compliant practices; how best to develop strategies to improve, and optimise procedures, facilities, and technologies; and how best to introduce efficient and durable approaches by learning from inspirational and leading industry experts and peers covering a wide range of topics including

You can view the full conference agenda, or download the conference brochure, which includes a full list of speakers, discussion topics and other relevant conference details. Coram’s Foundling Hospital archive holds a wealth of fascinating and challenging material. The information revealed by records linked to the health and medical treatment of the children throws light on their physical and mental health and well-being, as well as the social conditions and attitudes of the time.

The skills share day is designed to support the work of heritage professionals, teachers, freelancers and facilitators. It will examine how the stories these materials tell can be made accessible and relevant through public engagement activities. Participants will gain insights into the range of material and will share and discuss ideas relating to outreach and engagement to schools, adult learners and academic audiences, including the creation of an exhibition.

The sessions will be led by London Metropolitan Archives staff who have worked directly with the project.

The project is funded by the Wellcome Trust. The objective of the authors (Simon Shorvon, Alastair Compston, Andrew Lees, Michael Clark, and Martin Rossor) is to place the story of the hospital within the wider contexts of British social history and the development of British neurology in the modern age. A broadly chronological approach has been adopted in the narrative, divided into three distinctive periods; 1859–1902, 1903–45 and 1946–97. The authors also revisit certain themes throughout the book to show that these have on repeated occasions influenced the course of the history of the hospital and its reciprocal engagement with the wider national and international community.

Queen Square: A History of the National Hospital and its Institute of Neurology will be available to purchase in early November 2018 online at https://www.nationalbrainappeal.org/how-to-support-us/shop/ with all proceeds of sales going to the National Brain Appeal.

To read more about the publication, please visit the following link: https://www.ucl.ac.uk/ion/alumni/queen-square-alumnus-association-newsletter-issue-12/queen-square-history-national-hospital

In November 2015, Boots Archive embarked on a five year project to re-catalogue the entire archive collection held at the Boots Head Office in Nottingham.  The ambitious project was funded by a Research Resources Grant from the Wellcome Trust, and a catalogue relating to the first two years of the work is now available online.

The Boots Archive collection reflects the history of a high street healthcare retailer from the 1840s. The collection lends itself to multiple fields of interest: Boots has been manufacturing since the 1880s; the company has conducted extensive pharmaceutical research; it’s an early example of progressive industrial welfare, and it has been a horticultural and veterinary medicine producer and retailer.  The company has also operated libraries and cafes, sold audio and sporting goods, artist’s materials and stationery and run cook shops.  Also since the 1930s, Boots has operated more than 1,000 stores throughout the UK, meaning insights from the collection can inform nationwide trends.

For over 20 years the collection has been predominantly used as an internal resource with the team dedicating the majority of their time to promoting and supporting the use of the archives within the business. In more recent years, the Company Archivist started to investigate opening up the collection and expanding its availability externally to academic researchers.

Historically, the collection had been managed in a very simple way, which meant that records would be easy to retrieve.  As the service was internally focused, records had been listed on a database and placed in concurrent boxes as they were accessioned.  This allowed the team to provide an effective reference service to the business, which wasn’t complicated by contextual information or seemingly complex hierarchies and structures.  Unfortunately this was not ideal for users of the catalogue beyond the archive team, and a survey of the collection in 2014 highlighted that one of the most significant challenges to wider access was that the current finding aid was ‘unfit for purpose.’

The first basic requirement for developing access was a relational database which would help impose some structure for users to navigate their way around the collections.  It would also allow users to understand the complexities of the collection with a more structured database.  We chose Axiell’s CALM – a widely used, tried and tested system which complies with professional standards.  It would also allow researchers online access, and provide a sophisticated search functionality.

The archive service is linked to the company’s record management system, so when thinking about a structure for the catalogue, we had to bear in mind the constantly evolving nature of the collection.  We also needed to consider the other significant assets within the collection, which include Dollond and Aitchison, with records dating from the 1750s, Optrex Ltd (1930s-1990s), and Timothy Whites and Taylors Ltd (1880s-1980s).  We created a structure to show the relationship between the different businesses, with parent companies showing their subsidiaries, and so on.

We also adopted functions at our series levels to reflect the many and various departments of the company, which makes sense given how Boots has developed and how often departments have moved or changed name, and may change again in the future (this information will be reflected in the administrative histories).  Also functions, we hope, can be easily interpreted by our researchers.

The beauty of having a clearly defined structure with functions and series from the start, means that you can approach the cataloguing in a slightly less structured way.  Creating the structure at the start has allowed the project team to sort through the varied boxes of material and allocate them with a meaningful reference number with ease.  Unfortunately we have been unable to justify the resources needed to physically re-arrange the entire collection, so the ability to at least re-structure it intellectually has been crucial.

At the project’s current point, the team are almost half way through cataloguing 5,000 archive boxes.  We have created over 27,000 entries published on our online catalogue, with over 4,000 digitised images.  There are also over 1,700 people authorities, 3,600 places, and 140 company brand histories available to search and cross-reference to the collection.  Not only will the new resource make access to our collections easier, but the cataloguing process is allowing the team to enhance their understanding of the potential informational value of our records too.

To discover the collection visit http://archives.walgreensbootsalliance.com/default.aspx